When considering leg protection for our horses, most horse owners are now aware that the ‘modern’ horse boot should be breathable but do we really understand the importance of choosing a breathable boot for our horses?

Firstly we must consider the horse’s leg.

The horse’s leg is made of many bones, joints and muscles with a complex structure of tendons and ligaments that support the weight of the horse’s body.

Because of the workload often put upon them, tendons and ligaments are frequent sites of injury and disease.

Increase temperature retention – heating of tissues. Heat is lost during extension and contraction of tendons because this process is not 100% efficient. Energy that is retained in extended tendons is used for next stride.

Digital flexor tendons are operating near failure limits so there is a need to ensure that equipment or training is not exacerbating this risk. This is a particular problem for flexor tendons as they already experience high temperatures near the core of the tendon.

Some work by Alan Wilson and Allen Goodship (1994) at the University of Bristol showed that the temperature inside the tendons of horses galloping without boots on could reach 45°C. This is only second highest to muscle temperatures. The tendon temperatures are very high not only because of heat production within the tendons but because tendons have a relatively poor blood supply, which in any other tissue would help remove heat.

In 1997 the same group published the results of a scientific study in which they showed that isolated tendon cells in culture were sensitive to heating.

These results were also confirmed by a more recent study of equine tendon cells in Japan (Hosaka et al. 2006). This study also showed that the higher the temperature, the more tendon cells that died and furthermore, showed that inflammatory mediators were released after heating. Inflammatory mediators are chemicals and hormones within the body that cause inflammation (heat, swelling, pain) and tissue damage. If tendon core (central) temperatures can reach 45°C during a few minutes galloping without boots, it is almost certain that they will get even hotter when boots are being worn.

The fact that the lower leg gets hot during exercise and even hotter when boots are used presents another potential problem: sweating. When boots are removed the leg underneath is often very wet from sweat. When skin is in contact with moisture for a long time it becomes hyper-hydrated; this is the effect you see if you stay in the bath for too long.

Wet skin cannot “breathe” normally, and it becomes more permeable allowing greater absorption of anything on the skin. Wet skin is also more susceptible to mechanical damage, with an increased risk of abrasions and grazing. Finally, wet skin is also more susceptible to bacterial or fungal attack and hence a potentially increased risk of conditions such as mud fever, caused by the bacterium Dermatophilus congolensis.

Many boots claim to be breathable but some are more ‘breathable’ than others.

You may like to ask yourself, do the boots you currently use leave your horse’s legs hot after exercise, are the legs sweaty? Look closely at the materials used next to your horse’s skin. Consider the thickness and padding around the leg. Do they look well ventilated? How do they allow the heat to escape from the leg? Do they have a hard outer shell or rigid panels that cover a large area? You might want to do some research on the materials used within the boot you are using too!

Primarily horse boots are worn to protect the horse’s legs from penetration or concussion injuries during exercise or turnout.   But do think carefully about wearing the right boot for the activity you are doing. Often a highly protective boot isn’t necessary for low level schooling and will often be bulky and heavy and without allowing the horse’s leg to breathe.

It’s important to make sure boots are used only during the period of actual exercise and not left on for long periods when the horse is not active, especially after exercise. Removing boots soon after exercise and cooling the legs is advisable.

When Equilibruim are developing their Boots, Wraps and Chaps not only do equilibrium source advanced technical fabrics with breathable properties, but Equilibrium actually test these factors in a laboratory.

Equilibrium Stretch & Flex leg wraps were one of the first ‘breathable boots’ on the market. Made from an actively breathable fabric called Stomatex®, Stretch & Flex are designed to offer comfortable, flexible support for dressage schooling, flatwork and light hacking.

Stomatex® is made of a special type of Neoprene which repels external water, while actively pumping moisture away from the skin through tiny pores in the fabric. Originally developed for human athletes, Stomatex® was designed to provide four-way stretch, to enable use around mobile joints, plus excellent support for active limbs, and an outstanding ability to keep the skin dry, so it could be worn comfortably for many hours.

Conclusion: It is important to choose boots or bandages that allow a good rate of heat loss, and consider the length of time boots and bandages are worn by the horse. 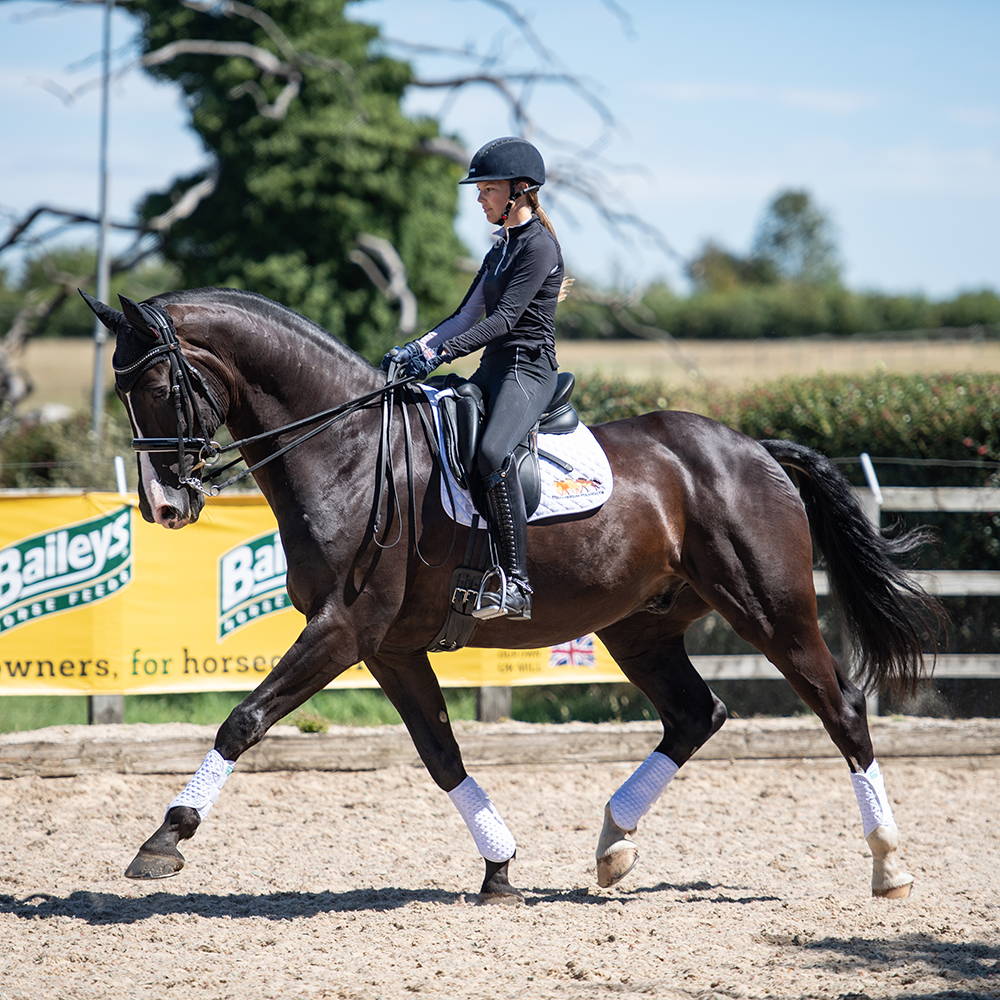 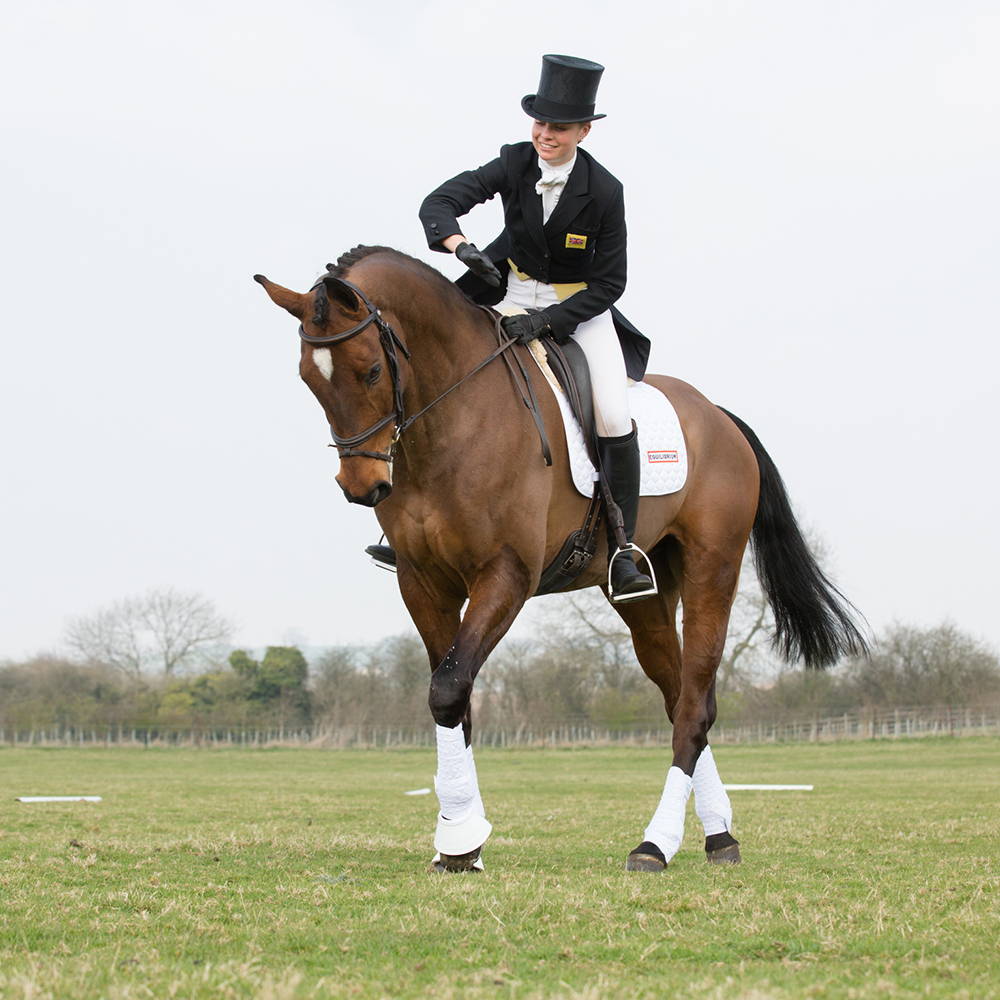 Organise a saddle fit with us